Liberia, a poor country on the west coast of Africa with a population of about 3.8 million, was founded as a colony in the 1820's by freed slaves from the United States. In 1847 it became the first Republic in Africa. A recurrent theme in the country's history was the hostility between the Americo-Liberian minority along the coast and the natives of the interior. Civil wars between 1989 and 2003 resulted in the death of hundreds of thousands of people and devastation of the economy and infrastructure of the country.

Life expectancy is only about 40 years and the average age of the population is 18 years. Maternal death occurs in about 1 in 100 pregnancies (less than 1 in 10,000 in developed countries) and 4 of 10 babies born alive die by the age of 5 years. The whole country has only six obstetricians.

As part of the Look for Life project a team from the Fetal Medicine Foundation visited Liberia in December 2008 to assess the situation concerning pregnancy care and to provide basic training in obstetric ultrasound for a group of Obstetricians, midwives and nurses. 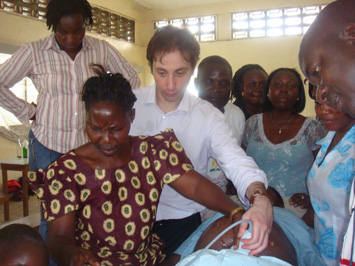 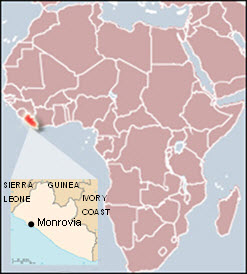